What are the right withdrawal strategies for retirees in today’s low-yield environment? The fact that many investors feel stocks are richly valued and predict lower returns ahead complicates the matter.

The 4% rule, a popular theory, says one can safely spend down 4% of their portfolio annually, increasing each year with inflation, during one’s retirement. While that may have worked historically, I think it is far too aggressive today and other advisors agree.

So what vehicles and strategies are best for providing regular income in retirement? These topics were covered at a panel at the Morningstar Investor Conference in Chicago last week. The participants were John Rekenthaler and Hong Cheng of Morningstar, Jonathan Guyton of Cornerstone Wealth Advisors, and Michael Finke of the American College of Financial Services.

Before I get into what they said, I want to share my perspective on the topic of spending in retirement. My modeling shows a 3% spend rate is good for about 25 years and life expectancies have dramatically increased. So perhaps a 65 year old couple should use something like a 2%-2.5% spend rate if their spending is all non-discretionary. A younger client would spend even less, but an 85-year old client can spend far more.

There are three keys to maximizing the safe spend rate:

Maintaining flexibility. If the client minimizes expenses and develops budgets with discretionary spending that they are willing to cut if market returns are poor, they can increase their spend rate.

Income annuities from insurance companies may not be the answer. They solve for the risk of a client outliving their savings, but aren’t inflation adjusted. Inflation could be a much bigger risk than longevity.

I tell clients I’d strongly prefer they come back to me in a decade saying they have too much money due to my low safe-spend rate than coming to me saying they are running out of money.  The former is a much easier problem to solve.

A collection of our top stories from the day, delivered every evening. Stay on top of the latest advisor news, community commentary, and opinion from industry leaders.

Below is a summary of some of the key points in the Morningstar talk and my reaction:

Rekenthaler noted 10-year Treasury rates fell from over 11% in 1980 to 1.36% today.  Finke stated the real return on TIPS is now negative. While true, after tax real yields in 1980 were actually lower with inflation as high as 13%. None of the panelists advocated against owning bonds.

Finke predicted low forward stock returns based on current valuations of only 1-2% per year nominally over the next decade. He noted returns in the first decade of retirement are more important than the following two decades. Cheng echoed the point to expect lower forward returns. Guyton agreed, but pointed out investors have a lot more money today than they expected three years ago due to strong market performance. He noted that someone who retired three years ago, using the 4% rule, is now only withdrawing about 3.2% of their portfolio’s current value as the investments have grown.

Hong discussed a strategy of spending only income and never touching principal, calling it an “endowment model.” She contrasted this with a drawdown portfolio. She says she could develop income portfolios delivering 3% income without touching principal.  Rekenthaler stated these high yield investments must have higher risks and Cheng agreed. Guyton advised against investing for yield with equities. Finke noted dividend stocks lower diversification and increase risk relative to traditional fixed income. I remember years ago when many advisors incorrectly viewed high yielding master limited partnerships as safe alternatives to bond funds.

Finke strongly urged investors to get used to seeing their portfolio value decrease in retirement since that is the purpose of building a nest egg in the first place. I couldn’t agree more. Finke noted that buying a SPIA (single premium immediate annuity) is essentially the same as building a laddered bond portfolio, but with mortality credits if the client lives long past their life expectancy. He says that’s a guaranteed lifetime withdrawal rate. He also stated he believes deferred annuities are more tax efficient, noting no taxes are paid before income is turned on and that some payments are excluded from taxes. That’s because it’s not income but rather return of principal which the IRS doesn’t tax.

I asked Finke about the inflation risk of buying an annuity which is like buying an indirect bond portfolio with a duration that lasts the rest of the client’s life. He correctly noted that one had the same risk if they built a long-term laddered direct bond portfolio. But I’d be terrified about anything more than intermediate-term bond funds today. He also said delaying Social Security is the best annuity since it’s adjusted for inflation. I think it’s far better to spend down the portfolio during retirement to delay social security than to buy an annuity from an insurance company.

Allan S. Roth is founder of the planning firm Wealth Logic in Colorado Springs, Colo. He is a licensed CPA and CFP, and has an MBA from Northwestern University (Kellogg), but still claims he can keep investing simple.

The Stock Market Survived a Scary Week. Why This Week Could Be Scarier. 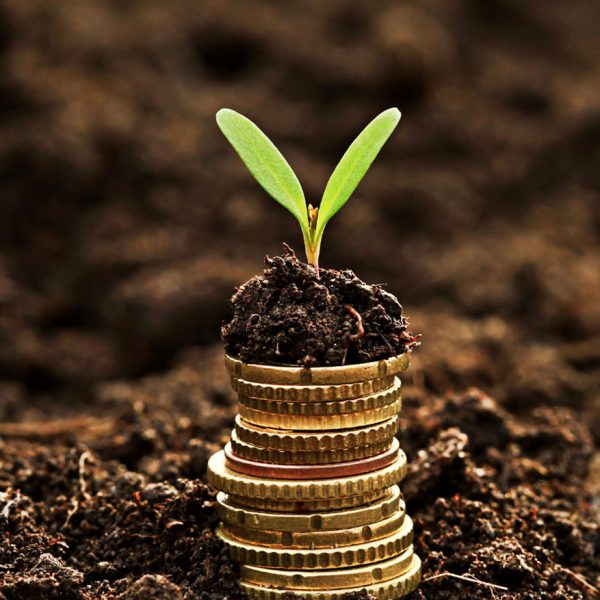